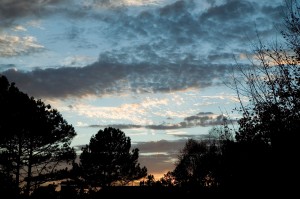 Never miss the Source of Light

This web site is created for those individuals whom I call “the seekers“. Those are rather advanced souls who possess a clear awareness of existence of eternal meaning in human life. Although they are minority within their respective groups, yet, they happen to belong to rather diverse groups of people from secular-agnostics, through modern spiritualists and all religious faiths and sects.

A search of this meaning of human life takes form of the eternal questions: what are the reason, purpose, source and destiny of human life?

The same search could be spelled out in other words: WHO AM I ?

The outcome of this search is far and beyond of the answers to the given questions. It is the answers to all those multitudes of questions which were not spelled out because they belong to the subconscious, or, in other words, not consciously revealed questions.

In larger, more involving terms, the answer to the all-including question WHO AM I , – brings about an extraordinary human experience which is described in different terms in all diversity of human cultures, such as:

Whence here we are – the theory, the practice and the experiences leading to this ultimate phenomenon:

where you perceive yourself and the world around you, – AS IS