Whispers From Beyond: Creative Purpose 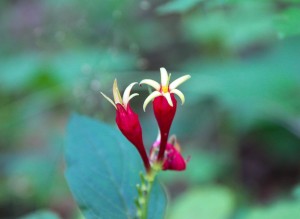 Morning in the forest. All the plants start moving rapidly up towards the rising sun, each making it’s own way up – twisting, unbending, stretching, rolling, climbing up the tree, opening the flower, spreading antennas, all in somehow magically orchestrated grant theater performance. If captured by slow recording camera, each movement shows magic ballet revealing grace, cuteness, beauty, intelligence and … the Creative Purpose.

There are two groups of people to whom this topic must be addressed: atheists who reject outright any intelligence embedded in the world along with it’s purpose, and spiritual agnostics, who, while accepting intelligence, hold it in a “static” state of just All-That-Is as in simply static “Being”. The former group does not belong to the category “Seekers”, is not opened to receive, therefore too far detached from the reality of Life to justify efforts to debate.  Since long ago I stopped debating such people simply coming to a conclusion that today humans already evolved into such a state where Nature around us must not be debated any more but directly perceived As Is.  It’s time for human being just See It instead of thinking and analyzing it.. Nobody debates the question “Why animals mate?” because afterwards we observe birth of a cub and everybody understands that this is the Designed Purpose. Unobstructed perception of  nature reveals it’s Absolute Intelligence and  Intentional Design. This post mainly is aimed at the latter group – the Spiritual Seekers for whom Life is not a result of accidental mutation but just that – Intentional Design.

The “Being”, the Life is not static but constantly evolving process intelligently and purposefully directed and orchestrated by it’s Intelligent Source. Creativity should be obvious to any intelligent observer. What is less obvious is the human role in this creativity.

Plant grows to produce a flower. Flower dies to produce the fruit or a seed. Seed falls onto the ground to get conditioned to produce a sprout. Sprout will grow to produce yet another plant, and so on. Cycles of life have been documented by cinematographers in many wonderful documentaries on nature. Every moment in nature shows it’s intrinsic movement towards the next link in the orchestrated Divine Dance – evolution towards  the next Desired State of Being, next artfully designed form of Life. Observing this does not need speculations. It’s just to be observed, recognized for what it is and enjoyed.

The question is though how much choice granted to the plants and animals to choose their next move? Do they have one? Looking at the complex intelligent behavior-movements in nature it often feels that a plant or animal had a choice and made a choice. This author does not know the answer and, honestly, did not ponder too much on it.

Yet, the same question can easily be answered, if applied to only one unique form among all forms of Life – human being.

We surely have choices. Too many sometimes. Enough to be lost and more often than not, we are “loosing it” at all levels: individual and societal level. I often think that I would do better if I did not have choices but rather follow the providence designed for me by the Absolute Intelligence who created me and then I would be happy.

Indeed I have wonderful happy moments just being in the nature. Or being with wonderful people. Or simply enjoying blue sky above my house or listening singing of Red Cardinal who is sitting on the tree in front of my porch and puts out tune after tune continuously for a long time as if still waiting for applause… Should this be enough for happiness?

But I have other moments of quite different kind of happiness. When I work hard to create something new, tangible, let say a machine, a vehicle, a toy, or whatever, I work to conceive a idea, then to design “how to”, then making it, then testing it and see that it works. That moment of success has in it a unique uncontested feel of a special happiness, special satisfaction – the happiness of the Creator.

How about ingenious craft of the statesman such as Thomas Jefferson – founder of this country (US) who studied, researched into the human nature,  individual and societal, gave birth to a Bill of Rights for a new country? He had a Purpose – a yet one more new society as a habitat for a new human being in a new state of consciousness. Should we be satisfied with “naturally” formed tribal form of human primitive groups?

However beautiful and complete scenes of undisturbed nature are, still it is differently beautiful to see well crafted man-made landscape which somehow adds nice human touch to the already perfect nature… as if man says that he also wants to be a participant in this God given magic show! In fact it is precisely this God given beauty provided to us and well accepted by man that stimulated desire in man to participate! Should we slap him and say – “just be there, observe and don’t touch anything as it is all perfect and sacred”?

One of famous aircraft designers was debating a naturalist who stated with irony: “It is not natural for a man to  fly. God created birds to fly, not man. It’s not man’s nature.” The aircraft “addict” replied: ” This is true. But God also put in man ability to build his own wings and gave him the desire to fly.”

Man as Observer… also Man as active participant in the Divine show… also Man as co-Creator expressing himself through the creative process…  All of these attitudes project respectively different kinds of happiness and satisfaction in human life. Or in other words – different aspects of the Creator Himself projected onto His Image – the human being. Which intuitively and quietly suggests – here is yet one more purpose for you being here…

God thus created man with His Image. In the Image of God He created him, male and female He created them. (Genesis, 1:27)

Here are quotes noting the aspect of Creativity God embedded in man:

… into the heart of every wise-hearted individual  have I given Wisdom so that they may make all things that I have commanded you. (Exodus, 31:6)

The ancient Yoga accumulated enormous wealth of wisdom related to the human nature. Indeed as human consciousness evolves the science of Yoga is becoming more popular everywhere around the world. Although all of them supposedly based on the same ancient scriptures, yet there are many kinds of gurus and schools each promoting their own views and practices. Potential student of Yoga has to make his own choice of what school/guru to choose and follow.

Some gurus promote the life of renunciation from the world, living in either ashrams or even in the cave like Tibetan yogis do. Others promote being in the midst of human life and be a part of larger society while pursuing introspective self development .

Some gurus teach importance of staying away from financial or business oriented activities which tend to promote strong attachments, greed and mind disturbance. Others encourage to use such activities as a practical application of Yoga and to benefit the world at large.

Some gurus teach importance and value of celibacy scientifically promoting the ways of conversion of sexual energy into the higher forms of energy in humans, thus achieving higher states of consciousness. Other (such as in Tantra Yoga) encourage to live a family life with spouses. Those also scientifically promote the specific Yoga methods to conduct spousal intimate relations in the way which promotes spiritual development in both to achieve higher levels of consciousness.

The only solution for a potential student of Yoga is to listen to the inner voice of the “inner guru” and recognize his or her path. And the path is not one and same for all.

As for me, I personally do not see value to self development in the cave, while being born with  physical body, mind and limbs capable of different kind of labor. If the idea of man was to dwell only in self analyzing mind, the rest of the body would not be created at all as it wouldn’t serve the purpose.

All the parts of physical human structure which are in us, have been given to us for the purpose of using them. Every ability, every imaginable craving has the potential of being Creatively utilized for the purpose of self fulfilling Creative Happiness as well as betterment for others in this world. Although every ability we possess also has potential for suffering and destruction, yet, this is where the choice come … the choice to be creative or to be destructive. Choice of aiming towards the happiness or towards suffering. Yet, the ability for unbound happiness to be creative and be useful to the world  is so profound that even existence of such dangerous choice is good.

Yoga for self development, applied to the Creative Life, is the best Yoga.

Gurus who’s lives burned in flames in service to the worldwide seekers, are the best among Yoga teacher – Swami Vivekananda, Swami Paramahansa Yogananda, Swami Sivananda, Swami Satyananda Sarasvati, Adi Shankara – they lived their Yoga to change the world, they experienced happiness and purpose in their own lives easily recognizable by the rest of the world. They are the Creators.

“The active principle of life is to express and diffuse itself, and so, too, naturally, is the principle of creation. The spirit expresses itself through matter so that it is known, for, otherwise, the spirit by itself cannot be expressed. The spirit of man wants to express itself so that it is known in the objects of its expression.” (Swami Sivananda, “Gospel of Holly Aspiration”, chapter on Self Expression)

Every great thinker/designer/scientist/discoverer/artist/musician used those God given abilities to experience Creativity embedded in all of us for our individual happiness, for self expression and adding their personal touch to the existing world.

But there is also another subtle aspect in the creative process. At the end of the process of bringing up something which did not exist before, when the result is perceived, experienced and enjoyed, there might be a silent moment of the recognition of something profoundly important: ” I am a Creator!”

But may be to answer those who question a  need and purpose for human Creativity in already perfect reality, my answer could be stated as simple as this:

“It is there just because IT  IS in us. It is needed because we are made to use It in our conscious evolution to self-realization. Using it points to our being as Creators.”

“The awareness of the Purpose that I must fulfill gave me knowledge of the healing principle right then and there, and I was commanded that I should use it upon myself. I did and once again I was strongly alive in the body. I arose in that bed and I was well.” (Walter Russell, on his experience of dying, the book “The Secret Of Working Knowingly With God”, adapted from his talk given in 1946)

This post is one of the series, the other being:  The Purpose of Creation, The Seekers,  Love.

This entry was posted in Human Nature, Self Development, Whispers from Beyond and tagged Bible, consciousness, Creation, creativity, guru, nature, New Age, purpose of life, religion, Spirituality. Bookmark the permalink.